Buy my books directly at: 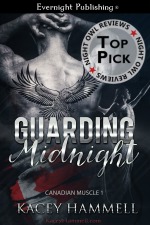 No one knows sacrifice better than former Army Sergeant Gavin Bennett. He’s witnessed firsthand the emotional, physical and mental toll of being caught in the crossfire. Being a bouncer-slash-bodyguard may not be Gavin’s dream job, but he’s willing to do just about anything to help out family. When Gavin reports for his first day of work, he quickly discovers a woman who threatens to crack his legendary cool.{Read More}

Canadian Muscle …
When Desires Need Protecting.
Charlotte Weber is no stranger to heartbreak. FBI agent Frank Shaw has swept in and out of her life as though she’s a revolving door, stomping on her heart in the process. Now that she’s finally had enough, he’s back again and seems determined to spin her life out of control. Frank knows Charlie is the anchor for his lost soul, even though he can’t risk settling down. The demons of his past are too great, and he won’t run the risk of hurting her. This time, his only objective should be locating Charlie’s brother, Sean. But Charlie’s a complication, and not just because she refuses to believe Sean is guilty.  {Read More}

Shaken and Stirred with a splash of dirty.

Candy Wilson arrives in St. Albert with one mission—to sign the next young, hot model to her modeling agency. She has no time for distractions and isn’t prepared for bartender Eric McKenna—the brother of her young client-to-be, Melissa. Eric challenges her on all counts, irritates her daily, and heats her body to boiling temperatures with just one touch. He’s hard to ignore and impossible to resist. {Read More}

There’s only one rightful Alpha, and he’s back to claim his pride and his mate…

As the rightful Alpha of a unique pride of panthers, originally founded by his father, Dominic Stone followed his inherent solitary path to find peace and grieve the untimely demise of his sire. Five years later, he returns home ready to take his place, settle old debts and claim the one woman he’s always wanted as his. {Read More}

In the Arms of the Law Series:

Protection. Adventure. Love.
It’s all found within The Arms of the Law…

Detective Isabella Knowles, a tough-as-nails cop, lives by the law, and knows what she wants out of life. And it doesn’t include marriage or all that comes with it. Everything Isabella has ever known seems like an illusion when a new relationship makes her feel more alive than ever before.  She isn’t happy about it and fights it every step of the way. {Read More}

Detective Alicia Knowles once believed good existed in everyone. But a traumatic experience changed her entire world. Now dangerous and cynical, she moves through the darkness of her once sunny world, unsure how to handle her pent up feelings of fear and anger. Even her new boss, Cole Douglass, spins her out of control. {Read More}

After the deaths of her husband and child, tragedies that she blames herself for, Andrea “Andy” Sheaver has shut herself off from the world. The only place she finds any relief from her shattered heart is Club Splendor, where she and her husband often frequented together.  There, Andy submits to pleasure and pain in situations so her grief is forgotten for a little while. {Read More}

Bridget Guthrie and Zander Hudson have worked at Club Splendor together for years, sharing smoldering glances, flirting, and building a friendship. Thanks to the club’s strict policy of no staff fraternization, they’ve resisted how much they truly want each another.

{Both stories are also available in 1 print edition} 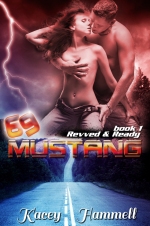 For Hayley Fitzgibbon, the heat wave blanketing her small town is nothing compared to the inferno inside her whenever she looks at her best friend, Rory. On the night of his parents’ anniversary party, she no longer resists her burning desire and makes it known how much she wants him. Secluded under a willow tree, down a lover’s lane, she’s revved and ready to claim her man on the top of his ’69 Mustang. {Read More} 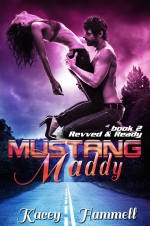 Grey Burkhardt is an expert at a lot of things—including keeping his feelings for Madison Evans in check. Sexy as sin and sweet as honey, she’s always revved his engine. But she’s his next door neighbor. No way is he going to muck up friendly neighborhood relations just to satisfy the heat simmering between them. Madison has never seen anything sexier than the tricked out GT Mustang Grey has been keeping under wraps—other than the glint of danger and intrigue in his eyes when he offers her a ride. {Read More} 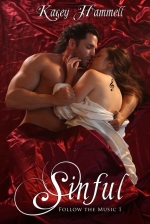 Music was their only dream & passion…
Until they found one another…

For years, Mikayla Gallan has dreamed of providing a better life for her younger brother, Matthew, and herself. Coming from a family of musicians, Mikayla and Matthew have dreams of someday making it big. But Mikayla’s first priority is always ensuring Matthew’s future. {Read More} 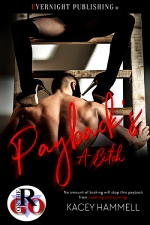 No amount of braking will stop this payback from crashing and burning.

Racecar driver Lark Stevens agrees to help a close friend prove that paybacks can be a bitch. What she doesn’t expect is to fall in lust with her mark. Set on her mission, Lark assumes the mystery man who amps up the heat and pushes her heart into overdrive is her intended target. And once they connect, getting even is the last thing on her mind. As the heat smolders and revs from zero to sixty in mere seconds, Lark realizes she’s on a crash course of emotion that no amount of braking will stop. {Read More}

Jay Savage is one of the most sought after models in the business who seems to have it all. He’s the face of romance novel covers from coast to coast, and has expanded his brand to an executive role. Despite the endless possibilities in his life, Jay doesn’t have the one woman he wants most. She is everything he needs, and everything he can’t have. Their age difference isn’t the only obstacle standing in the way of convincing her they were made for one another. Leanne is also his best friend’s mom. {Read More}

Legal secretary, Olivia Warner enjoys being single and, aside from her closest gal pals, usually keeps to herself. But the night of her thirty-fourth birthday, she and her friends spend a fun-filled evening at a local bar where her friends dare her to approach a man, and spend the night with him. Olivia’s not one to turn down a dare, especially from her old college pals. She only hopes the man in question is in for some good conversation, because that is all she’ll give him. {Read More}

After receiving a long weekend at an elegant hotel beside the majestic Niagara Falls as a Christmas gift, Jodie Gibson is determined to do nothing but relax and enjoy the scenery. And, okay, just maybe meet someone who makes her toes curl. {Read More}