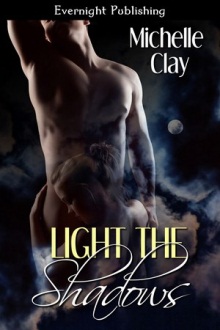 Blurb:
You only get one chance at life then you die. The game’s over, no second chances.  But she was never one to follow all the rules.
In a strange twist of fate, a woman flees purgatory only to jump into a newly vacated body. When she wakes in the hospital, she has a brand new life and a whole lot of unanswered questions.  Now she’s Micah Munroe, a real estate agent with broken memories of the messed up life she once lived. A mysterious man who claims to be Death says she’s his granddaughter and that she’s something called a grimm.
Sully knows she’s an imposter because he reaped the soul of the real Micah only a week ago. He suspects she might be a misplaced shadow, what he calls spirits and vengeful ghosts. He becomes obsessed with finding out who she really is and just how she inhabited a new body.  He’ll stop at nothing to find the truth and send her back to purgatory where she belongs.  What he didn’t bargain on was how his body would react to her or how powerful the white light within her is.
When a powerful shadow and her horde of angry spirits kidnaps Sully’s best friend, they must work together to get him back.  Fighting their feelings for each other isn’t half as difficult as fighting the army of shadows bent on starting a war with the living.
Excerpt:
His husky drawl sent a vibration of hunger through her and ignited a fire deep within her core. “You are so fucking hot.”
Recapturing her mouth, he pressed against her, proving just how hot, how hard she made him. Micah whimpered, and he drew his mouth away from her lips. Just like his tongue and hands, his incredibly sexy eyes ignited a fire within her.
“Sully.” She bit her lower lip and reveled in knowing she was the reason he was so hard.
His fingers were at her waist, unzipping then dragging the dress pants down her hips. Micah trembled with need as he shucked them from her legs and dropped them onto the floor. He closed the space between them, and her thighs closed around his waist. Her sex drowned with desire, clouding her mind with seductive thoughts and want. With him so intimately close, his hard-on pressed against her through the damp lace of her panties. She shifted her hips, and Sully rewarded her with a groan.
“Tell me something.” He grinned wickedly then slid his fingers up her inner thigh. They inched closer to her pool of desire and made her heartbeat race. “Are you wet?”
Her hands lifted from his shoulders, ran through his silken hair and down to his chest. Her nimble fingers fluttered across his shirt and even reached the second button before his hand closed over hers, stilling it. He prevented her from going any further by pulling her hand to his mouth. One by one, he kissed her fingers.
She frowned and pulled away from him to look up into his eyes. “Sully, I want…”
“I know what you want, doll.” His eyes glittered with feral passion.
A gasp shuddered past her lips when Sully’s index finger slid past the ribbon-thin panties then traveled downward. His finger slid through the tight coils of hair at the juncture of her thighs then lightly grazed her most delicate area. She clutched his shoulders and tightened her thighs around him. “Sully!”
“Want me to stop?” His voice was full of gravel and sexy as hell.
She nipped his bottom lip. “Don’t you dare.”
BUY LINKS:
Evernight Publishing
Amazon US
Stalk Michelle:
www.michelle-clay.com
www.michelle-clay.blogspot.com
https://www.facebook.com/Author.Michelle.Clay

One thought on “Guest Author: Michelle Clay … Light the Shadows”