I’m delighted to welcome fellow Evernight Publishing author, Doris O’Connor to the blog today to discuss her latest release, The Billionaire’s Unwanted Virgin.
So have a seat, grab a cup of coffee, tea or OJ and get to know this prolific and terrific author.
Tell us, Doris, what 3 words do you think describe you best?
Hmm, let’s see: Passionate, Determined, Loyal
Would your friends/people who know you best agree with those 3 words or would they add some of their own?
Lol, well, they would, but I also reckon, they’d put stubborn, bratty, opinionated,  mad, and coffee and chocolate obsessed 😉
What would we find you doing on a quiet Friday night at home (aside from writing)?
Make out with hubby, lol. He has Friday afternoons off. Sadly, this never happens though, because the toddler is always underfoot and if by some miracle he’s asleep, teen son #2 is off from college that day, and all we’d hear would be gagging noises.
If one of your stories was to be a made for TV movie, which book would you hope it would be?
I would love to see the Giovanni made it into series. If I had to choose just one, it would be The Billionaire’s Unwanted Virgin.
How do you develop your plots and your characters? Do you use any set outline?
Haha, an outline. My muse dies a little at the mere mention of an outline. She really does. I’m a pantster through and through. All of my stories start of as vague ideas. Sometimes I get a scene, an opening chapter. Sometimes it’s the hero or heroine who suddenly pops into my head. I am completely character driven. They tell the story and I listen. It’s as simple and as awesome as that. I run into trouble when I start doubting the process.
They know their stories.
What books/authors have most influenced your life?
Every book that I have ever read has influenced me in some way. By far the most influential has to have been Gone With The Wind. I read it as a teenager, and have re-read it countless times. Rhett Butler was the first literary hero I ever fell hopelessly in love with, and I started reading romance novels soon after. I haven’t stopped reading them since.
What 2-3 things have you learned in this business that you’d like to share with others, especially aspiring authors?
Never, ever give up. Keep writing. Rejections aren’t personal. Publishing is a subjective business.
What is your favorite genre to write? Is there a genre you haven’t written yet that you hope to tackle some day?
I vacillate between writing contemporary and paranormal. I love them both, and my muse can never make up her mind. I have just finished a Sci-Fi story and that was fun, so I can see myself writing more of those. Always Romance, of course JOne day I’d like to write a historical—we’ll see. 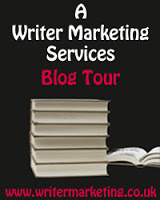