Skip to content
BASEBALL HAS NEVER BEEN HOTTER!
Book Three in the BEST SELLING Kingston Heat series is available now for a limited release price of 99 cents!
All books stand alone!

Hit the sheets with Ella Jade’s Players!
Once a player, always a player. Maybe not this time.
Hopeless romantic Rosalie Millan is fresh out of college and ready to start a new life in the baseball-obsessed town of Kingston, Rhode Island. Her sister has found her forever love with the Kingston Crushers’ second baseman, and now Rosalie wants the same thing. But the man she has her sights set on is far from boyfriend material. He’s wild, sex-crazed, and hell-bent on staying single. Still, Rosalie can’t seem to give up on the bad boy.
Up-and-coming baseball pitcher Holt Clemson is on fire, both on and off the field. His career has taken him to the top, and with that success comes women, and lots of them. After spending years watching his father cheat and lie to his mother, he’s become jaded when it comes to relationships. He can have any girl he chooses, but the last one he thought he’d ever want is the only one making her way into his heart.
Rosalie wants romance, love, and a man who will do anything for her, but Holt isn’t a hearts-and-flowers kind of guy. Can this unlikely duo find some common ground? Will Rosalie make Holt see that happily ever afters do exist?
Content Warning: contains explicit sex and adult content
Beachwalk Press
Kingston Heat Series
All books stand alone! 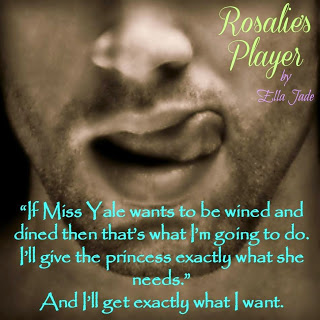 Excerpt…
“We’re not going to do it.” Rosalie wiggled out of Holt’s hold and slipped off the counter, taking a few steps back to create some distance as she fixed her bra and shirt. His scent lingered on her skin.
Hell! Why does he have to look so good?
“What’s the game?” When he leaned against the counter, she could see his impressive excitement poking into the towel.
“There’s no game.” At least she wasn’t the one playing any games.
“Bullshit. I feel it every time I touch you.” He picked up his mug. “Why are you pulling back?”
“Because all you ever do is touch me. Can’t you see how explosive we are? How fast things heat up?”
“That’s not a problem for me. It tells me the sex is going to be amazing.”
“Maybe I’m not looking for amazing sex.”
“What?” He looked like he might choke on the air between them.
“Amazing sex is great.” Until now sex had been mediocre for her. She hadn’t had that many partners, and the few sexual encounters she had were usually with frat guys who’d had too much to drink. “But a relationship can’t be about sex and nothing else.”
“A relationship?” Confusion spread across his face faster than poison ivy covered the skin, but he looked just as uncomfortable as he would if he were suffering from the itchy condition.
“A foreign concept to you, I know. I read the tabloids.” His reputation was the reason she warned herself to stay away from him. But she wasn’t even in town forty-eight hours and she couldn’t manage to keep her mind or her lips off him.
“Don’t believe everything you read.” He brought the mug to that kissable mouth again, took a long sip, and then continued. “My family is an easy target for those rags. My father’s in the senate, and every time a president from the opposing party takes office, my old man publicly fights with him every chance he gets. My mother is an heir to one of the largest diamond manufacturers in the country. Their only son is the starting pitcher for the number one team in baseball. We sell papers.”
“So all that stuff about you and those girls isn’t true?”
“I didn’t say that. I just said don’t believe everything they print about me.” He grinned, probably because he was impressed with some of the things printed about him. “If you change your mind about me and you, I promise you won’t regret it.”
“You’re something, but I’m going to pass.” She pulled the hair tie from her hair and redid her ponytail. “Unless you want to grab dinner or something and we could get to know one another. See if there can be more than sex between us.”
“Like a date?” More confusion.
“Another foreign concept?”
“We’re wasting time with this conversation.”
“I don’t think we are. It’s all very telling.”
“How are we ever going to hit the sheets, princess, if you don’t get these silly fairytale ideas out of your head?”
“That’s not the problem.”
“It isn’t?” His towel dipped lower than before, exposing more of that complex tattoo of his. How she ached to see the whole thing.
“The question should be how are we ever going to hit the sheets if you don’t start believing in fairytales?”
Get Rosalie’s Player for 99 Cents!
Amazon

Meet the rest of my players…

Will the bad-boy pitcher strike out when it comes to love? Shy music teacher Sophia Ballis has sworn off men. After a bad experience with a college jock she decided it was better to be alone than to get burned again. She focused on her education and now her new job at a local private school. Professional baseball pitcher Paxton Hughes is a player both on and off the field. He’s signed to the Kingston Crushers to bring home the coveted championship title. Nothing can get in his way. Serious relationships don’t mix with a life on the road and he never loses focus on the game. One-night stands are his specialty for a reason. While out jogging one spring morning, the two collide, setting their course in motion. Pax is immediately drawn to the unassuming beauty. Sophia is aware of his reputation and decides one night of meaningless sex with the attractive Texas charmer is just what she needs to get over her self-imposed dry spell. Pax has more than a one-night stand on his mind, but will his bad-boy persona and demanding schedule ruin any chances of a happily ever after? Content Warning: contains explicit sex and adult content
Amazon
Jilted once before, now it’s her turn to level the playing field.

Hotshot sports reporter Sage Millan has been busy making a name for herself in the male dominated world of baseball. She’s just landed her dream job, and her first assignment is covering the newly crowned World Series champions, The Kingston Crushers. This is the opportunity of a lifetime. The only problem…her ex-boyfriend, and the only man she’s ever loved, is the team’s second baseman. Things ended badly between them, and she’s not sure she can put those demons to rest. Professional baseball player Nicolas Cordova is having the time of his life. His team has just won the World Series, and with the victory comes more fame, women, and exposure than he ever could have imagined. But things are about to change for the sexy, charismatic athlete. He never expected his ex-girlfriend to walk back into his life, much less the locker room. These days Sage is smarter, more mature, and doesn’t plan on being played a second time. Her appearance stirs old memories for Nic. She’s the one he let get away in the name of his career. He vows he can be the man she needs this time around. Will that be enough to mend her broken heart? Content Warning: contains explicit sex and adult content 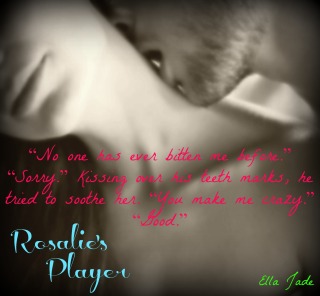