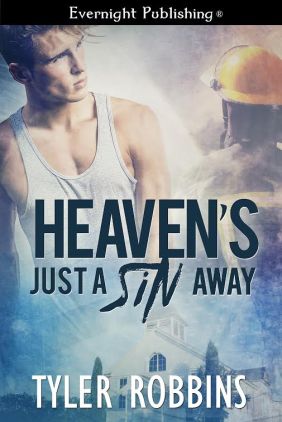 Having just lost his mother to cancer, eighteen year old, Blueford “Blue” Mason returned to their hometown of Danville, Texas to live with his reticent grandmother, Alma. The two struggle to bond while Blue undergoes a metamorphosis into manhood, discovering new things about himself, his sexuality, life, love and even heartbreak.

After leaving his former fire department due to intolerance of his sexuality, twenty-three year old, Jack West moved to Danville to work as an EMT for his uncle’s small fire department. He’d resigned himself to living a quiet life alone until Blue came along and turned his world upside-down.

Will the young lovers find acceptance in Danville or will shameful secrets from the distant past set this town ablaze when the people around them are forced to face their own shortcomings?

Heaven’s just a sin away for everyone, especially when every sin is created equally.

Jack shook off the dizzying argument complicating his thoughts.

The way Blue looked up at him, Jack couldn’t ignore the desperate plea darkening those fucking bottomless sapphire-blue orbs. “What is it?” Concern nipped at the nerves along the base of Jack’s skull.

“I’ve never…” He pressed his lips together, his gaze cutting away.

Blue slowly shook his head. “Never even been kissed until now.”

Jack had absolutely lost his mind. Nothing was more exhilarating or more dangerous than being someone’s first. But being someone’s first kiss, first jerk-off and possibly first everything else all in one fell swoop was riskier than running into an exploding high-rise inferno. Someone would definitely get burned before this was over. Jack knew it deep in his gut.

Blue put his hand on top of Jack’s and pushed down, encouraging him. “Don’t stop.” He jammed the back of his head into the sofa cushion with a deep, sensual moan as his body shuddered beneath Jack’s touch.

Jack couldn’t help it. He ground his groin into Blue’s thigh. He had to know. He had to feel each tremor, each twitch. Nothing else mattered in that moment other than witnessing this thing of beauty unravel under his touch.

Blue bucked upward, and that was it. That was all it took.

Blue bit his bottom lip and grimaced, prompting Jack to forget all about his own pending explosion and focus on what Blue was about to experience. Jack searched Blue’s eyes. “You want this bad, don’t you?”

Blue nodded, his brows creasing even deeper until he squeezed his eyelids shut.

Jack kissed and suckled the curve of Blue’s neck then whispered in his ear, “Come for me.”

Blue thrust his groin upward and arched his back, lifting himself off the couch and up against Jack’s body. “Oh fuck.”

His body jerked, and Jack instantly felt the heat from inside Blue’s still buttoned khakis.

“Ung.” Blue gripped Jack tightly around the neck and fell back onto the cushions, dragging Jack with him.

Almost there, Jack only needed a few seconds more. He continued to grind into Blue’s leg, but Blue nudged him back and cupped Jack’s cock through his jeans. They both looked down and watched as Jack fucked the concave curve of Blue’s open hand.

Blue’s persistence surprised Jack. Maybe he had more experience than he’d led Jack to believe. Blue rubbed up and down, and Jack held his breath until—his balls drew up and a delicious tremor zinged across his body like a tiny earthquake, intensified by the young man beneath him and the way Blue so eagerly finished him off.

Tyler Robbins, a.k.a. Robin Badillo, is a down to earth mother of four, born and raised in a small Texas town where she still resides with her nearly grown kids and a pack of spoiled dogs. 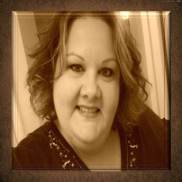 After years of being a wife and mom, complete with company picnics and fundraisers for the P.T.A., Robin found herself starting over when her husband of fifteen years suddenly passed away in 2006. With no particular skills to speak of, Robin took the advice of friends and family, and followed her heart and passion for writing into the publishing world.

Adversity is Robin’s motivation, which explains why she’s a true believer that grey hair is simply God’s graffiti.