Meet the hero from Beyond Reach by Jessica E. Subject

Family background: His parents are the King and Queen of Carbae, the moon of Ubetron. Though, he was born on the planet, Ubetron.

Moment that changed his life: When he was betrothed to Medalia. He knew at that moment he had to get out of the betrothal and away from Carbae.

Current occupation: Prince. On Carbae, everyone has responsibilities regardless of status. Can range anywhere from fetching clean drinking water to keeping the fires of the castle burning.

Current relationship status: Single. He just managed to get out of his betrothel.

What drives him: He dreams of a Terran woman. The Terrans are enemies, but he has dreamed of this female for as long as he can remember, and grown up with her, his dreams turning to fantasies.

Complication: Every time he has tried to leave Carbae, his parents always find him and drag him back. Now that he is of age, he wants to leave and explore the universe on his own terms.

Abandoned by her parents… 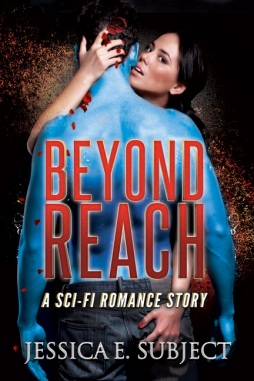 In an attempt to escape his arranged marriage, Prince Mekai flees t

o Schedar. For, he could never love his betrothed when he already loves another, a fantasy woman who invades his dreams every night. When the woman he seeks carnal pleasure from turns out to be the same one in his fantasies, he believes fate brought them together.

Just when Nixie and Mekai believe they have a chance at happiness with each other, they find out why their races are at war, and why they can never be together.

Please note: Beyond Reach was previously published with another publisher. It has been revised into a darker story than the original, and expanded to give the hero and heroine a harder, but much more satisfying happily ever after.

Walking into the silky rear-end of an uidiss, she came to an abrupt halt. The creature had been walking at a steady pace and then stopped. She’d failed to notice in time. Wiping fluff off her face, she turned around and walked into another hard body. “I’m so sorry.”

Hands clamped down on her arms. “Are you all right?”

She stared up into deep brown eyes. Chewing her bottom lip, she nodded. If this man hadn’t been holding on to her, she would have fallen to the ground. The word swoon held no meaning for her until now.

Am I only like this because of the ipsum I inhaled back home? Or was there something more she found heart-racing about the blue-skinned, well-muscled hunk of an Ubetron who held her up?

No, she couldn’t feel anything for him. Their races had been sworn enemies for y

ears. Everyone across the galaxy knew that. Yet here she was, standing face to face, gazing intently at him, with no will to move.

He smiled at her, drawing her attention from his eyes to his lips. How would they taste? She’d never kissed anyone intimately before.

“You look familiar. What’s your name?”

Name? Gods, what was her name? “Ni…Nixie.” Had she told him, or only thought the word?

He released her arms to brush his fingers along her jaw line.

How she remained standing, she had no idea.

“Nixie. A beautiful name belonging to a beautiful woman. Have we met before?”

Moisture pooled between her thighs. Her cheeks warmed. “Thank you, but no.” She’d definitely remember meeting him.

As he trailed a hand down her arm, she sighed. Her entire body tingled from his gentle touch.

“Okay, weird. You must remind me of someone else. Now tell me, why were you in such a rush that you walked into the rear end of that slow-moving beast? We’re supposed to be on vacation, enjoying all this planet has to offer.”

Laughing at his description of the uidiss, she leaned against his arm. Never before had she enjoyed a man’s attention like this. “I’m not visiting. I live here. Have my whole life.”

He raised his eyebrows. “Really? So, what was it like growing up on the pleasure planet?” 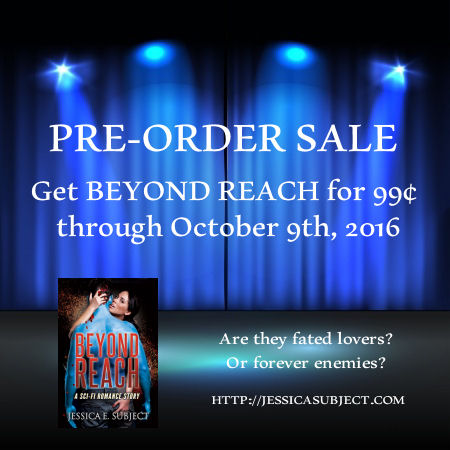 Jessica lives in Ontario, Canada with her husband and two energetic children. And she loves to hear from her readers.

In celebration of Jessica’s new release, she is hosting a contest.

What it up for grabs?

ONE winner will receive the following:

$10 e-gift to Amazon.com or Amazon.ca or AllRomanceeBooks.com

E-book of Switched by Diane Burton

E-book of The Hotter the Love by Lea Bronsen

E-book of Fighting For Honor by Kacey Hammell

Contest is international, except where prohibited by law. Must be 18 or older to enter. No substitutions will be made. Contest will close at the end of the day October 19, and winners will be notified by email. Good luck!