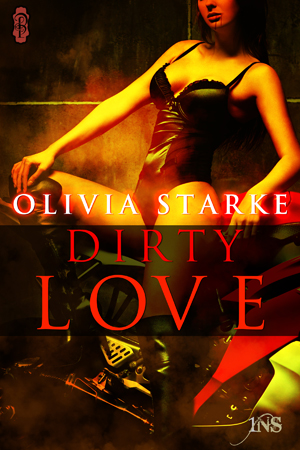 I’m happy to say I think I’m finally getting the hang of Twitter. Once a dark and mysterious world filled with @s and #s nonsense, I used to scowl at the feed, both fascinated by mavens of Tweeting, and annoyed I couldn’t understand it. The other day I threw caution to the wind and fell headlong into Tweeting, brushing off my barely used account, making it nice and shiny in hopes of gathering a following.

What I didn’t expect was the slightly addictive quality of Twitter. I made the mistake of following some of my geeky idols (Wil Wheaton, about 10 different Doctor Who accounts, and Nathan Fillion just to start) and now I can’t get enough of their Tweets. “Wil’s talking about his dogs again!” “Oh! A new pic of the 12th Doctor!” “Nathan’s made another Firefly reference!”

It’s pretty sad, honestly. Especially when I share these with one of my b/f/fs who is certainly rolling her eyes in the background.  Once or twice, sure, but being subjected to link after link? Yeah, my usually outspoken friend is being a very good sport.

But I promise, if you follow me I will actually post information on my releases. And I do actually share relevant industry information when I run across it, along with some of my favorite fellow author news J But expect a few shares from my fandoms I CAN’T HELP MYSELF.

With Dirty Love I’ve thrown in vampire and werewolf fun, but I don’t let the reader know who is what in the beginning. I’ve also thrown in some twists, so reader, keep on your toes!

Leave a comment with an email about your favorite paranormal author for a chance to win an ecopy of Dirty Love.

PLUS drop by my website www.authoroliviastarke.com for my other stops for more chances to enter! The more stops you drop by, the more entries I’ll put into randompicker.com!

BLURB
Kat goes on the prowl looking for a one night stand to rile up her new friends. A little shock and awe to keep her sane in a life no longer hers. When she’s matched with Jared through 1Night Stand, he seems perfect for her plans. Conservative, sweet, and sexy as sin, she’s ready for one hell of a ride.

But Jared is more than she bargained for—much more. And when her plans for amusement turn dangerous will the two find a way to stay alive?

EXCERPT
“Come on.” She winked. “You don’t have to do anything you don’t want to do.”

“I thought these things were urban legend. I never imagined I’d see one in real life.”

His date’s gaze glimmered with mischief. “There are lots of big hairy surprises out there for those brave enough to search for them.”

“Like you, for one.” He cleared his throat. “Except for the hairy part. I hope, anyway.”

A slight blush colored her cheeks, and he brushed his knuckles over the soft skin there. Shadows marred the smoothness beneath her eyes. Had she been sick? Or maybe her party girl lifestyle drew out too much. She stepped back.

“Cowboy up, sugar.” She grasped his hand and pulled him forward, again surprising him with her power. Under the softness of her curves lay a fair amount of muscle. He swallowed. She could ride him without tiring, take his maddened pounding for hours. It’d take all night to spend the pent up energy boiling in his veins. He’d passed the point of return; jerking off wouldn’t satiate his needs. Without sex, and soon, he’d run howling through the streets, a crazed animal.

After taking an elevator to the basement level of the parking garage, she led him to a red door and rapped on its freshly painted surface. Dark corners closed in on them. The hairs on his arms and neck rose. He sensed being watched. More cameras. Were as many inside? And maybe a live Internet feed his family could run across in some improbable way?

A partition slid open. Dark eyes narrowed, focusing on Kat who lifted a pale brow. The panel slammed closed, and Jared let a small sigh slip. Could he be off the hook? This night had turned out to be more than he’d bargained for, leaving him ready to tuck tail and run. Find somewhere else to indulge his feral wants with his date. The door swung open, and the odor of incense assaulted him. His escape option evaporated.

BIO
Olivia Starke calls the Ozarks home. One of the most beautiful areas in the country, she loves hiking trails with her dogs, kayaking on the numerous waterways, and enjoying southern Missouri’s fresh air and sunshine.

She’s also ‘Mom’ to four dogs, a growing number of kitties that show up at her door, and four VERY spoiled horses that do little to earn their keep. Not that she’d ever hold that against them.

She’s a HUGE fangirl of Doctor Who and to a lesser extent Supernatural, and has a pretty interesting love triangle (or square?) going on in her head between the Doctor and the Winchesters.