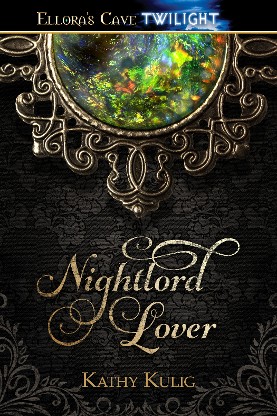 Blurb: Warrior vampire Garrick Labar guards the secrets of the Guild. His comrade–vampire and sorcerer Ramon Travere–enforces the uneasy alliance between mortals and immortals. When Larissa Devine moves into town, both Garrick and Ramon are mesmerized and enraptured by her. They crave to claim her as their crimson swan and lover. But a new arrival is fair game and if they don’t claim her first, a band of renegades will.

Larissa donned her coat, grabbed a shopping sack and headed onto the crowded streets. It was dark, early evening, and the sidewalks were still packed. She couldn’t help but think about Garrick’s warning about the towpath and ghost. It was a short cut to the store and she didn’t want to leave Jordan alone for long. Not that she didn’t trust Jordan, but she was new and might not be able to answer a customer’s question. As she stood by the entrance of the path, two joggers ran across the parking lot and onto the towpath. See? If it was safe enough for them, why not her?

Deciding to ignore Garrick’s warning, she followed the joggers and speed–walked toward the bridge. The trail was peaceful, a great place to jog and not so isolated that she felt unsafe. The sounds of traffic and Christmas music in the distance comforted her. The joggers passed the bridge and were out of sight. Stuffing her hands in her coat pocket, she hurried along the grassy path.

Under the bridge, she rushed up the steps leading to the street. Her hands shook when she entered the small grocery store. She refused to get spooked by superstitions. She picked up coffee, milk, yogurt and fresh berries. The fruit was way over priced for this time of year but she needed a taste of summer. Then she stopped at the wine store for a bottle of merlot. She hoped by inviting Jordan for dinner, she might find out what she knew about the town and its mysterious people like Garrick, Ramon and Kashia. On the way home, she took the canal towpath again, refusing to allow a legend to spook her.

Something tugged on her hair and she jumped, almost dropping her shopping sack. Laughing, she gripped onto her bag and marched under the bridge. She was scaring herself for no reason.

This time a shadow crossed her path.

“You will be my crimson slave,” a man’s voice whispered close to her ear. She felt his breath, felt the touch of his hand on her shoulder. Crying out, Larissa spun around but no one was there.

She glanced up and down the path and saw no one running away. To one side was a wall leading up to the bridge. Even a tall person couldn’t leap to the top. The only other way off the path was to jump into the canal. She would’ve heard a splash if the man was crazy enough to do that in this weather. Was it the ghost, or something else?

Her body chilled then flashed with heat. A shiver raised goose bumps over her skin. If it was a ghost then she had nothing to fear. A ghost couldn’t harm her, only frighten her if she let it.

The shadow and a breeze sped passed her and Larissa was slammed against the cold stone wall. All the air rushed out of her lungs and she gasped for a breath to scream.

The weight of a muscular body pressed her against the wall as hands moved up her hips and waist. Oh God, she was going to be raped or murdered or both. With all her strength she tried to kick, tried to swing her arms to fight, but she was paralyzed.

Her pulse thundered in her head. Finally she found the courage to open her eyes and face her attacker. The Goth guy who was on her balcony. “You.”

What was wrong with her? “What are you doing?” she murmured.

“Wait and see.” His booted foot shoved her feet apart. A muscular thigh eased between her legs. The buttons of her coat opened and cold air chilled her body. Fear rose to the surface again. She shuddered as his mouth glided over her neck, teeth scraping her skin. “This might hurt a little. It’ll be over quick,” he said.

Visit my Blog ~ The Lusty View

Friend me on Goodreads