The Cultivation of Love

A few years ago I wrote a scene about two strangers who have sex in a witch’s cottage. The man’s cock breaks off, and the rest of the story was to involve his attempts to try to grow it back. It was a silly story that went nowhere at the time, but in the context of coming up with ideas for this anthology, I realized that I could treat the broken appendage as a growing thing like any plant or flower. I was thrilled to be able to find a place for this plot element that I actually quite liked.

I made the or 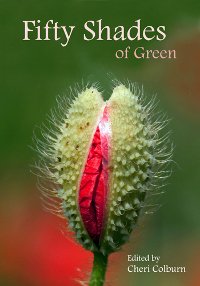 gan-stump that needs to grow back a metaphor for another thing that flourishes only when it’s properly cultivated—love. So many times love that’s represented in literature is solely based on physical chemistry or some indefinable soul-mate connection, which I think tends to support our projecting unrealistic ideals upon other people that don’t leave a lot of room for continued growth, either as couples or individuals. Not that there’s anything realistic about my story—thank goodness cocks don’t regularly fall off during sex!—but it felt good for me to write something supportive of romantic ideals in which love isn’t destined or at first sight, but is something born of seeds planted that thrive only with the proper conditions and care.

Excerpt from Fifty Shades of Green, “Sunlight and Water”

“What are you doing here?” she asked suspiciously.

“I followed you,” he said. “I saw you leave the cottage and I wondered what you were doing, traipsing around in the dark by yourself. So what are you doing?”

“Picking herbs,” she said. “Flora told me some very specific times for collecting them. Otherwise it wouldn’t really be my choice to be digging around in the dark.”

“What are the herbs for?”

Phyllida stared at him defiantly. Why not tell the truth? She had nothing to hide. “I’m going to make a potion for Marcus. So he won’t make the biggest mistake of his life marrying that woman instead of me.”

“Ah,” Egan said, nodding sagely. “Well, that seems like a worthy cause. What do these herbs look like?” He held the torch closer.

“Well, they have red veins, and they grow beside the mushrooms,” Phyllida said, leaning down. “There.” She reached down to pluck the first plant.

She felt a tingle in her fingers as she grasped the stem and pulled on it to break it off, and she shivered, feeling that tingle spread over her skin, leaving a warmth in its wake. The warmth centered in her belly, and she suddenly became more aware of Egan standing beside her, the muscles in his forearm holding the torch steady. She glanced up at his face, warm in the glow of the torch, and suddenly she remembered what it felt like when he kissed her, and a wave of lust nearly made her pass out.

She tore her eyes away and brought them back to the mushroom patch, reaching for another plant.

The tingle came again, waking up her skin even further, and something else—now she could smell Egan, the delicious musk of him—and cock or no cock, her gaze was magnetized to his crotch and she had to grab her knees to stop her legs from sending her catapulting to rip his pants off and start sucking his balls.

“I can’t do this,” she groaned, biting her lower lip hard, trying to fight these unnatural urges she was having.

“Why not?” Egan asked. He propped the torch up in a tree and bent down to pluck a plant.

He sucked in a breath as his whole body trembled. He was still for a long moment. Then both he and Phyllida turned slowly toward each other, as if hypnotized.

Fifty Shades of Green is a garden of naughty delights!
Within our pages you’ll discover:

Peek inside the garden gate.

To Buy Fifty Shades of Green (it’s on sale, just for you):

Author Bio:
Colleen Chen is a freelance writer and bodyworker living in the Twin Cities. Her debut novel, currently titled Dysmorphic Kingdom, will be released in early 2015. She has several stories published or forthcoming in print or e-anthologies, including the Mammoth Book of Best New Erotica, Pink Narcissus’ Queer Fish, and Circlet Press’ anthology of collected microfiction. Her blog is at www.colleenchen.com.

If you sign up for our newsletter you will be sent “Seed” (our sexy story about a community garden’s secret fertility ritual). 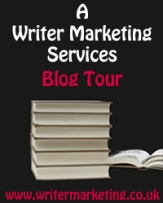