Jessica’s Ten Favorite Lines from BRYCE: Galactic Defenders book one
(without any spoilers)

1 – Bryce raised his crossbow, lining his sights on the creature standing amongst the bushes, its branch-like tentacles undulating in the gentle breeze. Focusing the crosshairs on the alien’s torso, he drew in a deep breath. He had one shot. ==> These are the opening lines of the story. To me, it displays the intensity of the opening scene, and what is going to happen throughout the story.

2 – What child wanted to know her mother came from another planet? Or could keep the fact a secret?

3 – She’d heard the alien hunters used wormholes, but had never seen or traveled through one, and hoped to never again.

5 – Bryce had both Katrina and a young Kalaren on the ground doing push-ups. “Anytime you feel like releasing a little energy, this is what I want you to do.” He crouched in front of them while the other Defenders in the room watched in amusement.

6 – A little girl dashed out in front of her, jet-black curls bouncing along her shoulders. In her tattered white gown—probably a hand-me-down from an older generation—she stared up into her eyes, no reservations about approaching royalty. “Princess Lalia, where have you been? They taught us in school you were killed in the Erebus attack.”

7 – And what was she supposed to have told them? You must meet with me because I’m an alien princess? No doubt the truth would have landed her in a mental institution, or worse, a lab.

8 – A tiny head with jet-black hair peeked out from under a tree root. “Princess, is it really you?”

9 – “A planet has just been destroyed.” The thought of growling at the young Vella crossed his mind. Instead, he sidestepped him and headed to the control room to meet the leader of the Galactic Alliance. “There is no good news today.” 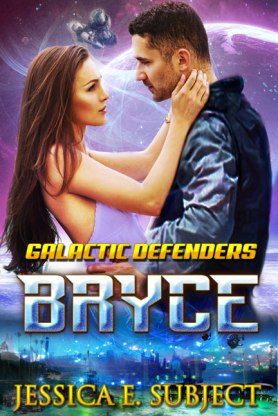 Bryce fell in love once, but after Lalia was ripped away from him, he locked his heart from feeling anything for anyone else. Instead, he devotes his life to the Galactic Alliance, killing every bloodthirsty Erebus he comes across.

Lalia Comosova fell in love with the wrong man. When her parents learned of her transgressions, they sent her to Earth to hide her error in judgment from the rest of the kingdom.

When these lovers are reunited after many years apart, they have a chance to find happiness together. But fate steps in and threatens to rip them apart as it did years ago. 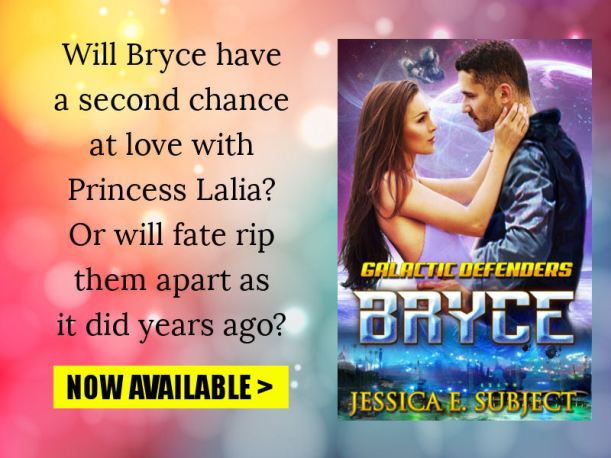 Bryce raised his crossbow, lining his sights on the creature standing amongst the bushes, its branch-like tentacles undulating in the gentle breeze. Focusing the crosshairs on the alien’s torso, he drew in a deep breath. He had one shot. If he missed, the Erebus would cry out and alert the natives of Terra to its existence, resulting in more casualties. At first glance, no one on the planet, also called Earth, would believe an Erebus anything more than an overgrown bush, but Bryce knew the truth. He’d trained to hunt the creatures from childhood.

Each step carefully placed, he advanced until he stood twenty feet from the Erebus, no chance to miss the shot. With a slight movement of his finger, he squeezed the trigger, sending a zuranium-tipped arrow racing toward the alien.

“Quinn, would you grab me another garbage bag?”

Fornax. The creature lunged toward the female voice, Bryce’s arrow stuck in one of its tentacles. A kill, but not instant.

He loaded another arrow. At the risk of being seen, he charged through the hedges. He had to cut the Erebus off before it had a chance to kill the Terran. He leaped over metal furniture and large urns, keeping his focus on the creature.

The woman rushed him, but Bryce darted around her. When the Erebus lumbered in front of him, he raised his weapon and fired. A clean shot to the middle. The creature dropped like a fallen log, crushing the furniture it landed on.

Bryce loaded the crossbow again. No time to celebrate the kill. He had to worry about the possibility of other Erebus in the area, along with the Terran woman who had seen him. Instead of running away screaming, as he’d expected her to do, she stared, wide-eyed in horror. Not at him, but the Erebus. Her body trembled as she shuffled backward, mumbling incomprehensible words.

An unexpected sense of familiarity washed over him. He couldn’t draw his attention away from her slim figure, the way her long brown hair flowed over her shoulders. Far more attractive than he’d pictured the Terrans when others talked about them. He took a closer glance. Lalia? How had she traveled so far from home without anyone knowing? She was no stranger, and definitely not Terran. Or, perhaps she was simply a doppelganger of the woman he’d once loved. He had the sudden urge to comfort her, relieve her worry. Hold her in his arms the way he had many years ago. But what if the missing princess had somehow made her way to a planet unaware life existed beyond their own? After she’d left Hemera and him behind without so much as a goodbye, he’d searched everywhere. Though not once had he thought to look on Terra.

A ground-shattering bellow pierced the night. Bryce spun around, finding himself face-to-face with another Erebus. It stared at him with beady red eyes. Thick black goop dripped from its mouth.

Bryce raised his bow, but the creature slammed him with one of its tentacles, flinging him back. The Erebus lunged at Lalia.

Rolling to his knees, Bryce aimed and fired. He hit the alien from behind, launching it forward. Onto his former lover. Slinging the bow over his shoulder, he raced toward her. The creature’s tentacles still pulsed, even though dead. Careful not to trip himself up, he shoved his hands under the creature’s torso and heaved it off her.

Lalia stood immediately and wiped the black goop from her clothes, as if she hadn’t been flattened by an alien. “They weren’t supposed to follow me. I was supposed to be safe here.”

Jessica lives in Ontario, Canada with her husband and two energetic children. And she loves to hear from her readers. You can find her at jessicasubject.com.

Not only is Jessica E. Subject celebrating the release of BRYCE, the first book in her Galactic Defenders series, she is also celebrating FIVE years published. And she is offering three fabulous prize packages. Contests are open as stated, except where prohibited by law. Must be 18 or older to enter. Contest will close July 24, and winners will be notified by email. Good luck!

As Cold As Ice by Mandy Rosko (signed)

The Host by Stephanie Meyer

The Martian by Andy Weir 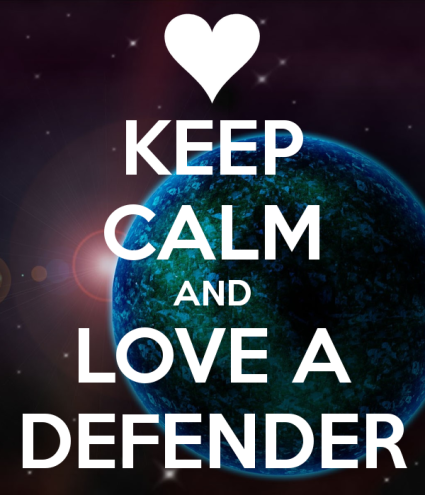