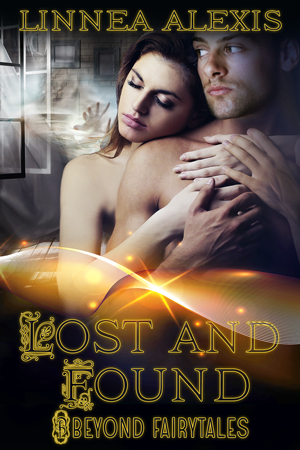 Publishing Journey:
“’When I grow up, I want to write books,” I confided to my fifth grade teacher, who encouraged me. So I wrote, and kept writing until I graduated high school.

Then life happened, and I dropped out of college. I shelved my dream to become a working stiff. But no matter how many hours I toiled behind office desks, the drive…the motivation…to write, to create, gnawed at my spirit and refused to die.

After more years than I’m willing to admit, I finally got serious. I attended writing classes in college, and online. I joined workshops and critique groups, entered contests, and submitted manuscripts. But as rejections piled up, I began to question the reality of my goal to be published.

Then I heard about Decadent Publishing’s Beyond Fairytales Line, and I was intrigued. I decided to accept their challenge to put a different twist on a Grimm’s fairytale. Because nearly everything I wrote was a little twisted anyway, I was in. I plotted and wrote, re-plotted and re-wrote, edited, had the story beta-read, and revised some more.

Few things in this world are scarier than hitting SEND. No sooner had I sent it off when negative self-talk began: My story sucks. What the heck was I thinking? I wonder if I can retract my entry.

A couple of weeks later, an email from Decadent showed up in my inbox. My stomach dropped. Too soon to be good news. Good Lord, it must really stink to be rejected this quickly.

I finally got the nerve to open the email. The message was short. Two sentences. Another rejection, I suspected.

Expecting the usual “thanks, but no thanks,” I breathed in a lung-full of courage, chewed on my bottom lip, and read the first sentence. “We have had an opportunity to consider your manuscript and…” I stopped reading. Oh no, here we go again. “…would like to offer a contract.” Huh? Hold on a minute. What was that? I blinked and read it again. And again. My heart sprouted wings and took flight. Before I shouted my good fortune from the rooftops, I decided to check it out with an author friend. Perhaps I’d misinterpreted the sentence.

I forwarded her the email and asked if it was what I thought it was. She verified…it was.

The editor’s email continued, “If you are still interested…” Still interested? Heck, yeah. I emailed her back, accepting the contract.

Then the rollercoaster ride began.

Seeing my book cover for the first time was an incredible experience. I’m on a cover! Previously, my stories had been published in anthologies, but none had my name on the cover. Yet, there it was. The cover. I stared at it. Gushed over it. Took pictures of it, and admired it. I called and emailed family and friends, “I’m on a cover.”

After Haley Monroe’s estranged husband drops dead, she discovers he left her with a whole lot of debt and most of her family heirlooms missing. Too bad the only person who can help sort through the mess and clear her name is her late husband’s attorney…her only one-night stand and a man she never thought she’d see again.

Attorney Eli Libertini jumps at the chance to help Haley clear up the financial mess. He’d like nothing more than to reconnect with his hookup from spring break ten years ago—the woman he’s never been able to forget.

Thrown together in a dark fairytale adventure, the twosome uncovers a web of hidden heirlooms, ghostly encounters, and mysterious storage units about to be auctioned. They’ll have to forget the past in order to regain their shared passion and have a future.

“Haley. Haley Monroe,” a man shouted. His deep voice sounded vaguely familiar, but she couldn’t quite recall where she’d heard it before. “Haley! Fancy meeting you here.”

Curious who had called her name, she turned to face the voice.

The man revealed himself. Eli Libertini—as in Libertini and Farthing—her husband’s lawyer. Eli was tall, dark, and ruthless. The armor on his knight’s costume shone like silver in the sunlight.

The man with him wore a monk’s robe. He stood nearly a half-foot shorter than Eli’s six-two and had at least twenty-five pounds of pure muscle on the lawyer.

If Eli hadn’t represented her husband during their bitter negotiations, she might consider him attractive. After all, she’d thought so ten years ago. And he hadn’t changed much during that time. He still wore his dark hair past his shoulders—shoulders much broader than she remembered. He’d even managed to grow taller and fill out very nicely, thank you very much.

But their heated exchange during the legal proceedings had left a hostile taste in her mouth. And nothing, not even his wide, single-dimpled smile, could erase the memory of the hurtful, untrue allegations he’d hurled at her.

About the Author:
Linnea Alexis stopped stirring up trouble in the corporate world a few years ago and now satisfies her appetite for mayhem in the fictional world. When she isn’t working on one of her romances, she writes cozy horror stories. She can usually be found hanging out with her family in Southern California. She has published several short stories in various anthologies, and she’s an active member of Orange County Chapter of Romance Writers of America and O.C. Writers.