Blurb:
Nearly a century ago warrior angel Kai and Nephilim Belle were lovers. Then he broke her heart and never looked back.
Now Second in Command of the angel armada, Kai knew he was the obvious choice for this long-term mission. And his job was clear: keep Belle and her patient alive. But he wasn’t prepared for the resurgence of old memories and long-ignored feelings. He’ll have to face what he did a hundred years ago if he wants a chance to be back in Belle’s arms…but even then, angels are forbidden from laying with Nephilim. If they were caught, Belle would be executed.
Born a Nephilim, Belle was neither angel nor human. But she was a healer, and she was damned good at it. Her reputation got her noticed by the armada and eventually earned her the title of Master Healer. It also earned her a terrible assignment: save the life – and therefore the soul – of a cursed human…under the protection of her ex-lover. And it turns out the chemistry they’d once shared may have been buried, but it’s a flame that could never burn out. 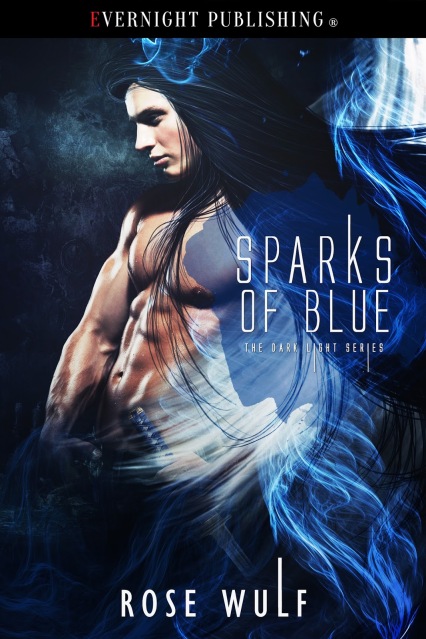 *Exclusive* Excerpt:
Belle shut her eyes as the demon’s energy-claws descended. His intent was clear and his grip was too strong to break. Maybe she’d have stood a chance with a weapon or if she hadn’t been trying to protect someone, but that wasn’t the situation. And this demon was clearly not the run-of-the-mill grunt. He knew what the hell he was doing.
Something crashed, and the weight of the demon lifted from her. Or perhaps she was hallucinating in the moments before death. Guess I’ll have to look.
The first thing she saw when she pried her eyes open was Kai. Standing over her with his sword drawn and a look of fury on his face. He was looking behind her. The way he was standing, in fact, would completely shield her. Unless some idiot thought falling on a blue-burning sword was a good idea.
Belle released a breath, fighting back the tears of relief that threatened to betray the fear she’d felt. It’d been a long time since she’d been truly scared for her life.
“Damn.” Kai’s grunt drew her attention again, and she realized he was already sheathing his sword. That could only have meant the demon had fled.
Not sure what to do, or how to thank him when she’d established such an “I don’t need you” attitude with him, Belle forced herself to look away. Gwen. Check on Gwen. “Gwen,” she called, pushing to her knees carefully.
“Yeah?” a mumbled voice replied from the bed.
“Are you hurt?”
“I don’t think so.” The response was slow, indicating pain, but that didn’t mean she was lying. There was a difference between pain and injury.
Kai’s warm touch landed on her shoulder and Belle jerked her attention around to find him kneeling beside her. Something like concern flickered beneath his piercing blue eyes. “Let me see your arms.”
Not a question. He’d probably already glimpsed the bruises she was sure she had.
Not having the strength to argue, Belle obligingly lifted her arms. Sure enough, thick bruises were forming below her wrists. The imagery of what could have conjured bruises like that was enough to make her sick, even without the sensation of the demon’s breath on her cheek. Belle fought not to shudder. “It’s not that bad,” she said, her voice quieter than she’d intended. “I can heal it in minutes.” Thank God.
Kai landed a thumb without warning to her jaw, below her lips, and gently wiped away the traces of blood. “What else?”
Belle fought to control her breathing at his touch and let her arms return to her lap. “Nothing else. I just bit my tongue when I fell.” It was a lie, but she could heal herself easier than anyone else, anyway. Wait, was that blood? Her gaze immediately slid back down to Kai’s bicep and, sure enough, there was a line of blood still trickling over the perfectly tanned skin. “Kai,” she mumbled, reaching out on reflex. “You’re hurt.”
He caught her stretching fingers in his gently, his touch sending jolts of nearly-dizzying electricity up her arm. He hadn’t been this gentle with her, or this lingeringly close to her, in… almost a century. Remember what happened, Belle. Her heart was running on adrenaline right now, and adrenaline made people think stupid thoughts.
“It’s nothing,” he assured her. His voice was as gentle as his touch, and her traitorous, stupid heart flickered with hope.
Belle looked down as he released her hand and glimpsed something else. Burn marks. Black burn marks on the tips of his fingers. Sucking in a breath, she snatched his hand in both of hers and turned it palm-up. “My God, Kai, you’ve been burned. How did they get you?”
“They didn’t,” he returned, attempting to pull his hand free. “I used their weapon against them.”
“No wonder,” she mumbled, holding his wrist tight and laying her palm over his fingers. “Hold still, you stubborn idiot.” There wasn’t nearly enough venom in that statement. What was wrong with her?
Why did it bother her so much to see him wounded?
She wasn’t nearly ready to face that answer. She’d fought so hard, for so long, to hate him. She had every right. After what he’d said when he up and left, any woman with half an ounce of self-respect would hate him. But she didn’t, not really. 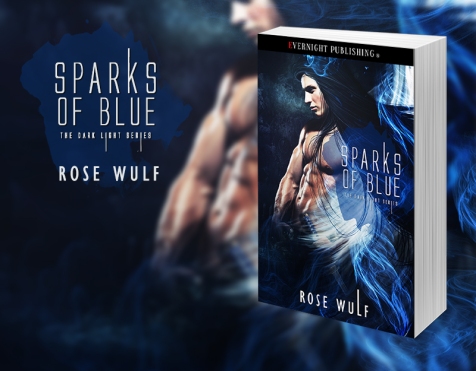 Buy Links:
Amazon – Evernight – Barnes & Noble – AllRomance – BookStrand – Kobo – Website
~~~~
About Rose:
Rose Wulf is a giant romance fangirl. Hot, protective, sometimes even downright barbaric heroes and spitfire heroines are her favorites. Rose has been writing for as long as she can remember, and over the years she’s only grown fonder of it. The bonds between characters have always captivated her, and as an author those are Rose’s favorite things to play with – not always to the relief of her fictional babies!
Behind the scenes Rose is a quiet personality. She enjoys spending her non-writing time with her German Shepherd, Shadow, her mom, and her friends. Be it a fun game of Cards Against Humanity or a relaxing movie night, Rose believes everything is better with company. As for her own romance, she’s still searching for her hero (and hoping that, when she does find him, he’ll be willing to cook!).
Where you can find Rose:
Website / Blog / Twitter / Facebook / Amazon / Goodreads / Tsu / Triberr / Instagram 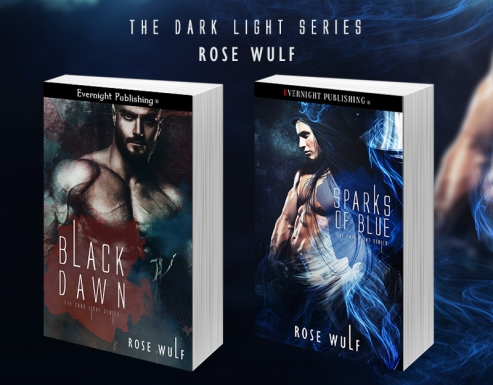